Presidential front-runner Rodrigo Duterte has confirmed the existence of a controversial BPI account.

Davao City Mayor and top presidential bet Duterte on Thursday, April 28, admitted that he has a joint account with his daughter Sarah Duterte at the Bank of Philippine Islands (BPI) Julia Vargas branch in Pasig City.

The confirmation came after social media went abuzz because of a post by journalist Ellen Tordesillas.

On April 28, veteran columnist Tordesillas posted a photo of a deposit slip confirming the existence of the said Duterte BPI account. The bank deposit slip showed a deposit made to the joint account of presidential front-runner Rodrigo Duterte and daughter Sarah Duterte.

A friend went to BPI an hour ago to find out if the expose of Sen. Trillanes on Duterte's account is true. Using the…

Duterte has been in hot water over Senator and Vice Presidential candidate Antonio Trillanes IV’s expose on his alleged multi-mullion dollar account with the BPI Julia Vargas branch. The fiery senator on Wednesday, April 27, claimed Duterte has more than 200 million pesos in the bank account which he did not declared on his Statement of Asset Liabilities and Net Worth (SALN).

Meanwhile, after admitting the existence of the BPI Julia Vargas account, Duterte said Trillanes’s claim that he had more than 200 million in the account is not true because he only has 50 thousand and 175 thousand pesos in his two bank accounts. 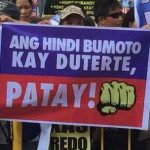 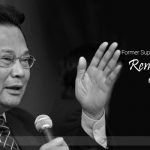