Senator Tito Sotto has denied that he is guilty of whitewashing the Pepsi Paloma rape case. The rape case remains controversial even after three decades since Pepsi Paloma’s death.

Pepsi Paloma, one of the “softdrink beauties” who was a sexy star in the ’80s, once filed a rape case against Eat Bulaga! hosts Vic Sotto, Joey De Leon, and Richie D’Horsie, which, Senator Tito Sotto claimed was a gimmick.

Dela Cruz was the late talent manager of Paloma and the other softdrink beauties. Paloma, who was a budding star at that time, was allegedly drugged by Sotto, De Leon, and D’Horsie before she was gang raped.

READ: Sen. Tito Sotto finally speaks up about the Pepsi Paloma issue; says, “It was a Gimmick.”

In an article written by Rina Jimenez-David which was published by Inquirer in 2012, she said that, “Paloma eventually dropped the charges after she was allegedly visited by one of the trio who said he had only talked with her, but only after placing a pistol on the table in front of her.”

Sen. Sotto said that he was not involved in the whitewashing of Paloma’s case as he only became a vice mayor in 1988 while the incident happened in 1982.

(The issue was in 1982 so I was not involved in that issue at that time, for everyone’s information. That was a gimmick by Rey dela Cruz. That isn’t true. They tried to file a case against Vic and Joey because they filed a libel case against Dela Cruz.)

As of this writing, Sen. Sotto is still at the top spot in the senatorial surveys. 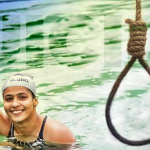 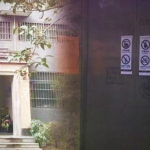