Last March 1, Chinese policemen exhumed the remains of a 43-year-old woman from an elevator carriage she died in. It  is believed that the woman’s body was trapped in it for about a month.

The authorities are pursuing an involuntary manslaughter case against the staff of the maintenance company charged with the upkeep of the elevator. Investigations showed that on January 30, workers came to fix one of the two elevators servicing an apartment in Xian, Shaanxi Province in China. When they found that the elevator was stuck between the 10th and 11th floors, they decided to shut it down. Though they shouted and asked if anyone was inside, the workers failed to manually open the carriage to check. They then left the area after turning the power off.

Unfortunately, the repair was interrupted by the Chinese New Year celebrations and workers did not return until the fateful morning of March 1. But by then, it was too late, the woman had been trapped for about a month and was believed to have starved to death. No one had reported her missing as she supposedly lived alone in her apartment.

China is notorious for being lax in enforcing safety laws and regulations. As a result, numerous machinery-related accidents abound, including another incident in July of last year where another woman died and was almost beheaded during an accident which also involved an elevator. 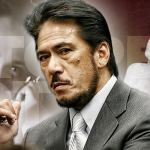 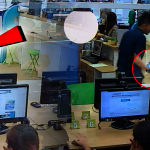