The mummified remains of a man later identified as German adventurer Manfred Fritz Bajorat were found aboard a boat which was said to have been drifting for some time out in the ocean. The boat was spotted by two fishermen about 50 miles off the coast of Surigao del Sur province.

The two fishermen had seen the drifting boat with its mast broken. They climbed inside and discovered the man’s remains. He appeared to be trying desperately to make a mayday call but died of unknown circumstances while still hunched over a table.

Identification items found on board revealed his name but local authorities have yet to determine how long he had ben deceased since his mummified body holds no clue as to when he died.

The fishermen had also seen plenty of photo albums, food, and various items on board; though there appears to be no sign that someone had robbed the man before he died. The authorities were able to trace the man’s next of kin but his wife had long died.

Manfred reportedly broke up with his wife in 2008. A year later, he set sail and that was the last that anyone he knew ever saw of him. It is possible that he lived as a hermit for a couple of years at sea before meeting his untimely death or he could have died just weeks after sailing.

He was last seen in Mallorca, Spain back in 2009. Authorities are trying to trace his possible route to the Philippines.

Since the mast was broken on his ship, authorities are curious whether this happened before or after he died.

A sailor named Dieter has claimed that he knew Manfred. “He was a very experienced sailor. I don’t believe he would have sailed into a storm,” he said. “I believe the mast broke after Manfred was already dead.”

There appears to be no signs of foul play. According to Barobo Police spokeswoman Goldie Lou Siega, “We have no evidence of a second person aboard and no weapon was found on the yacht.”

The police are now trying to contact Manfred’s daughter, Nina, who is believed to be the captain of a freight vessel. 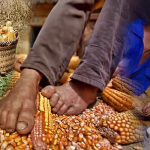 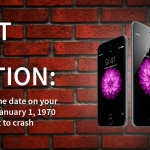