Is there a bug causing Apple devices such as the iPhone, iPad, and iPod Touch to crash after setting the date to January 1, 1970?

Believe it or not, manually setting your device to the oldest possible date will make it go haywire. According to a report by The Daily Mail UK, the bug exists since Unix time is calculated beginning January 1, 1970 at midnight Greenwich Mean Time. Setting your device in a time zone after GMT will make your device automatically subtract a few hours from 00:00:00. Consequently, your device will assume you’re in negative time making your phone freeze.

Several iPhone users who experienced the bug uploaded videos on YouTube. In the videos, the phone was not instantly affected by the change of date. But after turning the phone off and then back on, the phone seemed stuck at the Apple logo and was unable to reboot.

In order to make your phone work again, it needs to undergo physical repair that involves disconnecting the battery.

Devices running on iOS 8 or 9 are affected by this bug. This includes iPhone 5s, newer versions of iPhone, iPad, iPad Air, iPad mini 2, and iPod Touch created in 2015 or later. 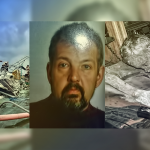 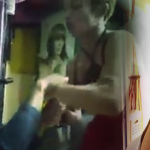