Last January 26, a woman named Jessa claimed that she found a dead mouse in her Starbucks drink. The story was even featured on TV Patrol and quickly spread online. Netizens reacted to her story, with many making jokes about her claims saying it was nearly impossible with Starbucks’ SOPs (Standard operating procedures).

Many pointed out that 1) the presence of a whole mouse in a blended drink will be impossible because the creature should have been crushed under the blades of the powerful blenders, 2) Jessa admitted she drank half of the contents inside Starbucks for a couple of hours without noticing that there was something inside, and 3) she had already left the store for some time before she supposedly discovered the mouse.

While some believed the story and were thankful that they don’t buy their coffee from Starbucks, most netizens believed Jessa’s claim was nothing but a way to create bad publicity for the coffee shop.

A former Starbucks barista named Marco Carlo Calibara posted a rather lengthy exposition on Facebook to refute the woman’s claim, explaining that 1) Starbucks does not have a kitchen per se and drinks are prepared in clear view of the customers so putting in a mouse would be next to impossible and 2) Starbucks’ blenders are very powerful and could effectively crush even very hard objects.

If she was not the one who actually placed the mouse inside the drink, Marlon thinks one of her friends could have played a prank on her.

The former barista also slammed Jessa for claiming that the Starbucks manager did not even apologize to her because he insisted that the management has to follow “specific service recovery steps” when it comes to situations like Jessa’s.

Moreover, he scoffs at the claim that Jessica was diagnosed with leptospirosis. He dared her to go through a check up again but accompanied by a partner or support partner of Starbucks/Rustan Coffee. 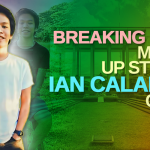