In the most recent survey conducted by the Laylo Research group, presidential bet Senator Grace Poe lead the poll with 28% of the votes out of the 1,500 respondents. This lead according to Poe proves how the Filipinos were not swayed by her rivals’ “legal and political maneuverings.”

According to Inquirer, Poe said that the result of the survey commissioned by Manila Standard gives her strength to pursue her goal. “It gives me strength to know that our countrymen continue to stand with me in our pursuit of a better, livable and equitable society that benefits all Filipinos and not just a favored few,” Poe stated.

The survey which was conducted from December 4 to 12, 2015 had a 12.6% margin of error. Vice President Jejomar Binay came in next in the survey with 23% of the votes, followed by Interior Secretary Mar Roxas (22%) , Mayor Rodrigo Duterte (19%), and Senator Miriam Santiago (3%).

The survey also revealed that Poe got 35% of the votes in Metro Manila, Bicol, and the rest of Luzon. She was also popular among those who belong in classes D and E and was also the top choice of Muslim voters and those in the youth sector.

“These are the people who have been left behind for so long, and who wish to benefit from the economic growth being touted by our government. They are the reason I am committed to fight for my right—and the right of all foundlings—to serve,” Poe said. 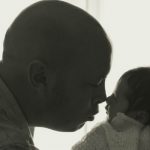 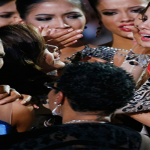