On December 20, 2015, Miss Colombia was mistakenly crowned as Miss Universe 2015 after its host, Comedian Steve Harvey, read the results incorrectly. Although Harvey has expressed his apologies on social media, netizens still found other loopholes to add to the pageant’s issues.

In a video originally uploaded by Missosology, Miss Colombia, who was surrounded by other contestants, was approached by Wurtzbach. As Wurtzbach moved towards them, some contestants shook their heads who seemed to express dissatisfaction with Wurtzbach and shunned her, such as Miss Montenegro and Miss Venezuela. It can even be heard that some of the contestants told her “Philippines, just step back please “ and accompanied her away from Miss Colombia.

Following the incident, netizens had different reactions. Some used humor to create memes of the Miss Universe mix-up, while some expressed their anger and disappointment over the whole affair. 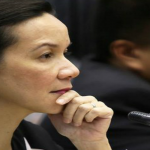 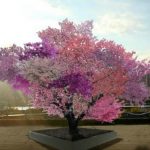