In the November 15 episode of ANC’s Headstart, host Karen Davila threw a couple of questions to Moreno that seemed to have left the Parañaque councilor rather uncomfortable and seemingly clueless.

The controversial interview generated funny memes and posts and even became the fifth trending topic on Twitter in the country.

Moreno: Unprepared for the Battle

Several netizens were quick to point out that Moreno was obviously unprepared for the interview as the questions asked by Davilla were those commonly asked of any political aspirant.

A netizen commented on Philstar: “She is revealing her cluelessness. With her below average mind resonating to the influential bobotantes and their sympathy over the netizens’ brutal ridicule over this interview, she accomplished her reason for submitting herself to this interview. She is now the darling of this voting sector, and she now has a better chance to win. Next interview: Pacquiao. Oh no, don’t you ever dare interview him or he will top the senatorial race.”

“Davila is a professional journalist who knows the right questions to ask…who knows how to undress wannabees and expose them to the public for what they really are…if she made ms. moreno uncomfortable…then it just shows how ignorant she is about politics…as a councilor of paranaque….she should have been able to answer the easy questions davila threw at her…she advocated women’s right and she was rattled when davila told her that a law already exists to uphold the rights of women…but pushing forward she tried to answer questions about the reproductive law…which she lamely answered with a joke…now this interview has an enlightening impact on people who will vote in 2016 (sic),” commented Eddie Gallardo on an Inquirer article.

Other netizens claimed that Davila was unfair and unprofessional during the cringe-worthy interview.

“Karen Davila, when your guests speaks in Pilipino (sic), you should adjust your questions to the language of your guest. Your body language is so negative! (Crossed arms and legs). I am not in favor of Alma’s senatorial run and I will never ever vote for her but please, be a gracious host. Your tone is very antagonistic,” said a certain Minty Salonga.

Another netizen claimed that although Davila is a good TV host and interviewer, she has the tendency to become rude to her guests.

(Karen is a good TV host and interviewer. The one thing I noticed about her, she always interrupts the guest or butts in we a guest is still talking. Slightly rude if you will.) 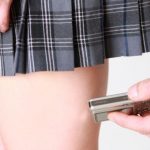 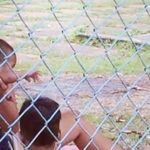