A US study has indicated that increasing protein intake during breakfast can significantly prevent overweight teenagers from piling on more pounds.

First published in the International Journal of Obesity, the study compared the benefits of having a high-protein breakfast versus a normal-protein breakfast for overweight teens who usually skip the first meal of the day.

Heather Leidy, Ph.D. from the University of Missouri, led the study. After a thorough investigation, they found out that the high-protein in a healthy breakfast prevented fat gain, reduced daily food intake, reduced feelings of hunger, and stabilized glucose levels. The latter is vital for preventing Type 2 diabetes among young people. The high-protein in this study referred to breakfast containing at least 35 grams of protein.

The structure of the study was as follows:

Initially, there were two groups of overweight teens who admitted to skipping breakfast between five to seven times per week. These two groups were instructed to eat either a normal breakfast or a protein-packed one for 12 weeks. A third control group continued to skip the first meal of the day.

All participants’ glucose levels were monitored continuously using a wearable device. The subjects were also  regularly asked to rate their hunger and report their daily food and beverage intake during the study. Body weight and composition were recorded at the beginning and end of the study

After an observation period of 12 weeks, findings showed that the group of teens who ate high-protein breakfasts yielded a 400-calorie reduction in daily food intake. They also lost body fat mass. For the groups who ate a normal-protein breakfast or continued to skip breakfast, they gained additional body fat, according to Leidy.

With these results, it’s better to load up on protein in the morning and to stop skipping breakfasts. 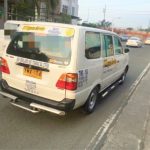 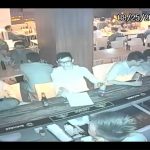