Are you addicted to the popular online strategy game Clash of Clans (CoC)?

The truth is, you’re certainly not alone and this FX driver is one unfortunate proof that being addicted to the game has dangerous effects.

Netizen Phoebe Nicholas was on her way home from SM Megamall when she encountered an FX driver who seemed more focused on playing CoC rather than the road. When they reached Exchange Road, Nicholas finally decided to politely remind the driver not to play while driving.

[Please don’t play games on your cellphone while driving.]

To which the arrogant driver replied: “Anung pakielam mo?”

After telling the driver that she was worried for their safety, the driver returned her fare and asked her to transfer to another FX.

CoC has an estimated 8.5 million people playing on a daily basis. The online video game revolves around the concept of strengthening a base, defending it from rivals, and raiding the bases of others to get resources. Players can’t help but get glued to their screens because logging off means leaving your base open for opportunists. But there should be a time and place for playing games and driving with a vehicle full of passengers certainly isn’t one of them. 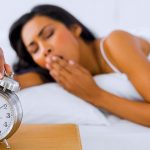 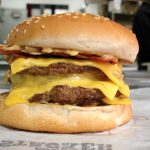