Rafael Alunan III, the secretary of the Department of Interior and Local Government (DILG) during the Ramos administration, gave a recollection of an incident involving former Makati Vice-Mayor Arturo “Toro” Yabut and then Makati Mayor Jejomar “Jojo” Binay on his Facebook page, on Tuesday, June 30..

According to Alunan, Yabut mauled an American in Makati prompting him to call the Makati vice mayor for a discussion. Binay, who accompanied Yabut during their meeting, asked Alunan not to suspend his vice mayor.

Surprisingly,Yabut admitted all his mistakes and even accepted the penalty of suspension from the then DILG secretary during their meeting.

“So, my advice to VP Binay, be like your former vice-mayor “Toro” Yabut. Magpalalaki ka. Face the music like a man, and be a good example to your children, if they’re still redeemable at their late age with their sense of entitlement and impunity.”

Alunan also served as the Secretary of the Department of Tourism during the term of President Corazon C. Aquino prior to becoming a cabinet member of the Ramos administration. He is currently an Independent Director  of Pepsi-Cola Products. 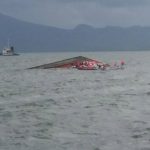 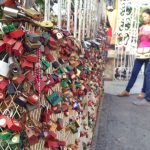