More than a year after the deadliest Ebola outbreak in history started, schools in hardest hit nations have now reopened.

About five million children were left without access to education after schools were closed for six to eight months during the height of the Ebola epidemic.

Schools began reopening in Liberia in February this year. To prevent the spread of the disease, teachers take the temperatures of students everyday while students are advised to wash their hands before and after they leave the school building.

Moreover, students are warned not to touch each other or share food inside the school. They are also encouraged to wear a jacket and to bring their own bottles.

The World Bank Group (WBG) pledged $4.2 million for Ebola recovery in the education sector in Liberia.

In Sierra Leone, many families lost income because of the closure of businesses in the nation. As a result, many of them are not financially capable of sending their children back to school.

To help ease the financial burden on families, the Government of Sierra Leone subsidised secondary school matriculation fees over the next two years. In addition, the government also waived standard examination fees.

The $8.95 million-grant of the WBG helped the nation disinfect schools, give more than 36,000 hand washing stations, launch a social mobilisation campaign to raise awareness, as well as provide feeding program inside schools. The Ministry of Education, Science, and Technology aims to implement these efforts in about 9,000 formal and informal institutions across the country.

Adama, a 12-year-old girl who lost her father and siblings to Ebola wants to finishing schooling in order to help her mother Mariatu.

“I wanted to stay in school. In the end, I’ll be a lawyer and will be in a better position to take care of my mother, if my mother lives to see that day,” Adama told The World Bank.

Assessing the Impact of Ebola in Guinea

Through surveys, the WBG is evaluating the impact of Ebola epidemic on learning outcomes.

In January 2015, schools in Guinea reopened its doors to students more than eager to be back.

Using the $4.7 million-funds, new water and sanitation infrastructure will be built in about 6,365 schools in the country. About 12,000 teachers will undergo redesigned training programs that will incorporate Ebola-related issues. 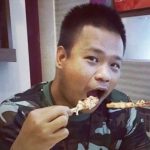 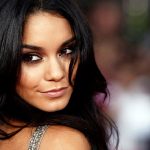