Over 40,000 American men were surveyed for the sexiest nationalities for 2015, and Filipina women were ranked eight on the list. The sexiness was based on these men’s dating preferences.

MissTravel.com, a dating website for travellers, recently revealed the Sexiest Nationalities in the world. Based on the survey, exotic beauties topped the list and Filipina women are included in the top ten.

Which other nationalities made it to the top ten of the sexiest nationalities for 2015? See for yourself below and tell us if you agree: 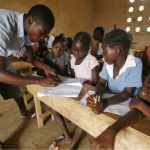 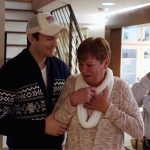