Alleged pregnant Thai national Jecinta Coote is fighting for her life in the ICU after she was hit by a Fortuner while crossing on a pedestrian lane at a busy intersection at Bonifacio Global City in Taguig City on Tuesday, May 13, at around 11:15 AM.

Earlier reports identified the overturned Fortuner (with plate number AAL-6646) in the viral photos as the speeding vehicle which hit Coote but it was later verified that another speeding Fortuner, not seen in any of the viral photos of the incident, was the one that hit the overturned Fortuner. The force of the impact pushed the second Fortuner towards the pedestrian lane, hitting Coote.

According to the Inquirer, Coote was brought to St. Luke’s Medical Center Global City by the Taguig rescue personnel. As of press time, Coote is believed to be still in the ICU.

Taguig City Police chief, Senior Superintendent Arthur Felix Asis, belied reports that the incident was a hit-and-run. He revealed that both drivers turned themselves at the police station but were later released as the authorities did not receive a formal complaint from Coote’s family.

However, Coote’s husband is now in contact with Asis to determine what charges may be filed against the drivers of the two Fortuners and their responsibility for the incident. 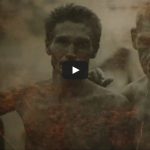 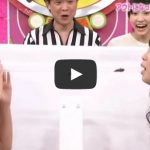