The movie is all about finding love and moving on from what is real and imagination. Pains from heartbreaks and trials from hopelessly waiting for the right guy while making an illusion of a perfect love affair. The story has a segment where the heart and the brain are debating. From  brokenhearted character to an illusion character..

James Reid and Nadine Lustre are now comfortable in making this movie since they paired up in many movies before. In the same way with Inigo Pascual and Julia Barretto who are sweet to each other during the presscon and bloggers conference.

During the presscon and blogcon, the casts shared their ideas about love and they said that they are still young to get involve in love seriously. But they are open to possibilities of falling in love.

Julia shared how she and Inigo met. According to her, it was because of her aunt Claudine who happened the leading lady of Inigo’s father, Piolo Pascual. She mentioned that Inigo is super close to her as she treats him as best of friends. She even said that she likes the attitude of Inigo, always there to talk to and even a good listener.

However Inigo also said that he like Julia the way she expresses herself and the way she cares for a friend, like waking up in the middle of the night just to answer and listen to a friend’s sentiments. He also said that it was quite nervous at first to work with JaDine love team but it became okay during the shoot.

Meanwhile, another hottest love team is part of the movie is James Reid and Nadine Lustre. They shared some movies before so there’s a big chemistry between them however, they said,they are just friends.

They are too comfortable to work with each other. Direk Andoy Ranoy said they added some scenes and it was being approved by the author of the book.

He even said that the casts are really good actors of their generation and they are so sweet and “makulit” in the set. So Direk Andoy doesn’t have any hard time doing the movie. 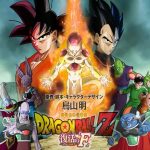 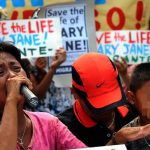