Most of us were mesmerized whenever we see these old Dragon Ball episodes on the television. And we have been pretty much anticipating and wondering if there will ever be a new Dragon Ball series to come. Anime News Network has something delightful to tell all of the Dragon Ball fans out there. It will premiere on Fuji TV and other channels this coming July. This will be the latest Dragon Ball Z series to be aired ever since Dragon Ball GT series was aired last 1997, about 18 years ago.

Dragon ball fans like me have waited for 18 long years to finally see another epic episodes from our favorite anime series. Its latest series will be called Dragon Ball Chou or “Dragon Ball Super.  Here’s what the Dragon Ball crew got to say.

[blockquote author=”Masako Nozawa (the voice of Goku, Gohan and Goten)”]We’ve always used the word ‘chō’ (Super) with Dragon Ball in commercials, games and the like, but the fact that the series titled Dragon Ball Super is beginning is the best thing ever.[/blockquote]

[blockquote author=”Osamu Nozaki (Fuji TV producer )”]As I read the plot [of the series] I’ve already received from Akira Toriyama, my dreams for this begin to expand. An enemy even stronger than Buu or Freeza may appear…[/blockquote]

Prior to this exciting news, aired a new film entitled “Dragon Ball Z: Ressurection F“. The story took place after the Majin Buu Saga. Every Dragon Ball fans are looking forward to the new and thrilling series created by Akira Toriyama. 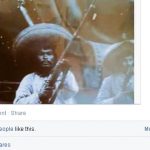 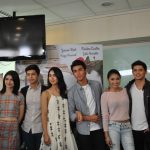