The mother of a 16-year-old patient wants to file a formal complaint against a certain “Dra. Liza” who allegedly stuffed a Sanitex pad inside her daughter’s mouth while delivering a baby on Monday afternoon.

According to Elsa Abello, who works as a janitor at Ninoy Aquino International Airport Terminal 1, her teenage daughter was crying and shouting while giving birth prompting the doctor to put a sanitary napkin inside her mouth. Her daughter told her about the incident on Tuesday.

Abello’s daughter even overheard the attending physician saying “ang ingay ingay mo (you are so noisy)” before putting the feminine hygiene pad in her mouth, according to a report by ABS-CBN News.

The sanitary napkin remained inside the teenager’s mouth as she was not able to remove it until the procedure was over.

Moreover, Abello’s daughter claimed that the doctors from Pasay City General Hospital where she had a normal delivery verbally abused her while she was in labor.

Abello intends to file a formal case against “Dra Liza” and the management of Pasay City General Hospital for apparently violating Special Protection of Children Against Abuse, Exploitation and Discrimination Act also known as Republic Act 7610.

(The doctor should be taught a lesson for the horrible act they did to my child.)

The management of Pasay City General Hospital is currently conducting an investigation on the reported maltreatment of the teenage patient.

In an interview with Radyo Inquirer 990AM, hospital director Dr. Marilou Ocampo announced she has called a meeting with the attending doctors on duty that day after receiving the complaint on Thursday, May 21.

Ocampo explained that the doctor may be axed from work if found guilty of maltreatment.

The results of the investigation will be released next week. 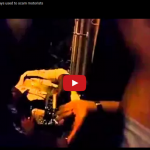 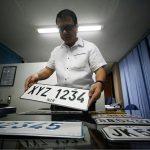