Officials of the Land Transportation Office (LTO) and the Department of Transportation and Communications (DOTC) were slammed by Senators for allegedly making money from fees charged to vehicle owners.

During a Blue Ribbon committee meeting on Thursday, May 21, Senate Majority Leader Alan Peter Cayetano pointed out that vehicle owners have to pay an additional P50 on top of the P450 charge for new plates and registration stickers.

(Why don’t you just admit to the people that we will milk you, that we already milked you for P450 and will milk you even more for P50).”

The lawmakers’ findings came after one of the private bidders, Edward Ferreira, revealed that the P450 charge would be enough for two license plates, a sticker, and plate screws based on the bidding invitation.

Moreover, the P3.8-billion contract for the acquisition of new plates was awarded to a supplier, although the agencies don’t have the budget for it.

Cayetano also accused the LTO or the supplier of earning P400 million in profit given that there are about 8 million vehicles in the Philippines.

In defense, LTO Assistant Secretary Alfonso Tan Jr. stressed that the agency’s fees were legislated by law. However, he also acknowledged that the LTO would not be at a loss even without the additional P50 charge.

Based on Tan’s statement, Cayetano concluded that the agency is indeed making a profit out of people’s money.

Meanwhile, Senate President Pro Tempore Ralph Recto is skeptical of the benefits of the new plates for motorists.

“What good has it done for motor vehicle owners?” Recto asked.

(What benefits does it give for people spending for it. Was the traffic reduced?)

Tan explained that the new plates can’t be easily stolen because of its stronger security features.

Unconvinced by Tan’s explanation, Recto believes that the agency is just giving business to the new supplier. 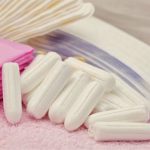 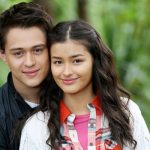