An article published by the Daily Mail criticized the National Health Service (NHS) for continuing to hire nurses from the Philippines despite of the scandalous case of Victorino Chua who was found guilty of murdering two elderly patients.

A group of Filipinos and nurses felt unnerved by the negative stereotype being put forward by the Daily Mail. Jamima Fagta, a project officer of Kunlungan Alliance, said that when the case of Victorino Chua was highlighted, she expected that there would be a lot of attention on Filipinos.

After the incident, an Nursing and Midwifery Council (NMC) spokesman said that registration will be more stringent than before. Nurses are now required to complete a study program, register for a Face to Face identification, and undergo a series of practical tests.

The Philippine Association of Nurses in London said that the Filipino nurses are a big part of the NHS.

Meanwhile, the Embassy of the Philippines in London, UK, released a statement highlighting the excellence and qualification of filipino nurses and that the Victorino Chua murder case is only an isolated incident. 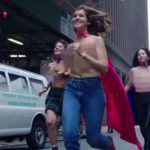 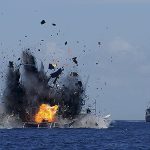