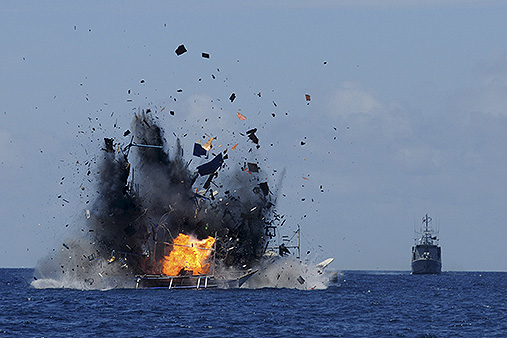 On May 20, 2015, foreign boats which were allegedly fishing illegally near Bitung, North Sulawesi, were destroyed by the Indonesian Navy. Fisheries Minister Susi Pudjiastuti told The Jakarta Post newspaper that they are waging war against illegal fishing to help local fishermen with their livelihood concerns.

Indonesian President Joko Widodo has pushed his aggressive crusade against illegal fishing ever since he got elected last October. Billions of dollars in revenue have supposedly been lost due to these clandestine activities with cyanide fishing even affecting Indonesian ecosystems.

Indonesia displayed its power when it took down foreign boats from Thailand, Malaysia, the Philippines, and Papua New Guinea. A total of 19 foreign boats were publicly decimated with dynamite as shown in the photo. They have already taken down approximately 41 foreign boats across the archipelago, hoping that the move will finally bring illegal fishing to an end. 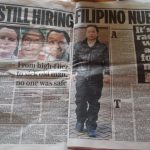