Disney characters are really the epitome of every childhood especially for girls where princesses and princes are introduced. A lot of growing kids know about Disney stories about Princess and her Prince Charming. Evolving love, family and moral values to learn by a simple kid. Growing up with these iconic characters bring every childhood a happy to remember.

Disney’s Descendants takes place in a present-day kingdom, where the royal teenaged son of the King and Queen like Beast and Belle from Beauty and the Beast is poised to take the throne. His first proclamation: offer a chance at redemption to the trouble-making spawn of Cruella De Vil, Maleficent, the Evil Queen and Jafar who have been imprisoned on a forbidden island with all the other villains, sidekicks, evil step-mothers and step-sisters.

These villainous descendants are allowed into the kingdom to attend prep school alongside the offspring of iconic Disney heroes including Fairy Godmother, Sleeping Beauty, Rapunzel and Mulan. However, the evil teens face a dilemma.

In present-day, Ben, the teenaged son of King “Beast” and Queen Belle, is poised to take the throne. He offers a chance for redemption to the trouble-making teenaged descendants of defeated villains exiled to the remote Isle of the Lost.

Played by Mitchell Hope, 16 years of age and an actor. Poised to take the throne, he makes his first proclamation and offers a chance at redemption to Mal, Evie, Carlos, and Jay when they are given a chance to attend prep school. Unlike his peers, he does not fear the trouble making teens and embraces them as friends while he helps them navigate the unfamiliar land where goodness runs rampant.

Different characters are separated by what is good and evil. The main reason is to bring back the goodness to everyone. The casts of the movie are Keegan Connor Tracy as Belle, Dan Payne as Beast, Mitchell Hope as Prince Ben, the son of Belle and the Beast, Sarah Jeffery as Princess Audrey, daughter of Aurora and Prince Phillip, Jedidiah Goodacre as Prince Chad Charming, the son of Cinderella and Prince Charming, Dejan Loyola as Aziz, the son of Aladdin and Jasmine, Dianne Doan as Lonnie, daughter of Fa, Mulan and Li Shang, Melanie Paxson as the Fairy Godmother, Brenna D’Amico as Jane, daughter of the Fairy Godmother, Stephanie Bennett as Snow White, Zachary Gibson as Doug, descendant of Dopey.

The villains’ descendants have been granted permission to attend prep school in the kingdom with the Disney heroes’ kids. Maleficent’s daughter played by: Dove Cameron, 16 years of age, a natural-born leader, Mal takes charge of carrying out her mother’s evil plan to steal Fairy Godmother’s magic wand. Another characters on the bad side are Evie as the Queen’s daughter played by Sofia Carson. Jafar’s son Jay played by Booboo Stewart, Cruella’s de Vil’s son named Carlos played by Cameron Boyce.

Evil kids will be the one who will take charge of doing all troubles in the lives of the protagonists. Cruella’s son Carlos played by Cameron Boyce instilled with an ever-present fear of dogs, Carlos joins the other villain kids as they take on prep school at Auradon to capture Fairy Godmother’s magic wand and set their parents free. His tech-savviness comes in handy when he and the other villain teens get stuck in a bind.

Disney’s Descendants has released the trailer for Descendants, a movie that introduces the teenage offspring of classic villains. Descendants is ready this summer. Disney will surely bring another milestone to their characters. 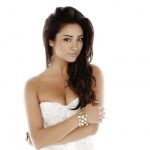 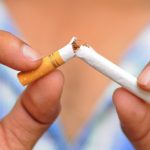