Smoking is basically a habit that is very harmful to our body.  It is medically and scientifically correlated to lung cancer, respiratory diseases, stroke, and other cardiovascular diseases.  But as much as we try to educate smokers about the health and physical risks of lighting a cigarette, and convince them to quit smoking altogether, a study conducted by researchers at the University of Copenhagen suggests that smoking should be stopped gradually. “Why?”, we ask.

Based on the findings published in the Journal of Cerebral Blood Flow & Metabolism, smoking increases brain activity.  The nicotine present in cigarettes gives sudden adrenaline boost to the brain thus making us feel energized and stimulated.  It increases the levels of dopamine in the brain that gives a sense of well-being.  But study shows that this effect would last only for a while and the after-effect is more detrimental: “the brain’s oxygen uptake and blood flow decreases by up to 17% immediately after people stop smoking”.

When habitual smokers suddenly quit, they may experience ‘an almost dementia-like’ condition in the early hours, as suggested by brain scans.  This is likely one of the worst nicotine withdrawal symptoms that smokers may endure.  As there are many other symptoms associated with the withdrawal (quitting), like restlessness, depression, insomnia, weight gain, and anxiety to name a few, most smokers are reluctant to quit because they try to avoid the side-effects.  When the said effects of quitting suddenly becomes unbearable to the smoker, it is most likely that he will go back to smoking and probably keep smoking for the rest of his life.

That is why a habitual smoker (who wants to quit), as stated in the research, continues to smoke: to keep his brain active and functional and keep from the withdrawal symptoms, and then slowly wean off cigarette by decreasing the number of sticks that he smokes each day, and then quit entirely.  Though the researchers still do not know how long it takes for a former smoker’s brain to regain it’s normal energy consumption and blood flow:

[blockquote author=”Albert Gjedde”]”We assume that it takes weeks or months, but we do not know for sure. The new findings suggest that it may be a good idea to stop smoking gradually – simply to avoid the worst withdrawal symptoms that make it so difficult to stick to the otherwise very sensible decision to stop smoking.”[/blockquote]

And so whether a smoker chooses to stop smoking instantly, or quit gradually, let us keep in mind that smoking is always going to be a health hazard.  So think about quitting now! 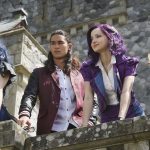 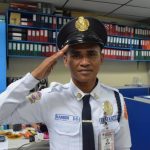