All 80’s kids, here’s a great news especially to all He-Man and the Masters of the Universe fan.

Raise your Power Swords high because the much-awaited book from Dark Horse Comics is finally here!

In celebration of the ‪#‎MastersOfTheUniverseDay or #MOTUDAY, the limited edition of The Art of He-Man and Masters of the Universe is officially released in bookstores everywhere.

Get reconnected with your favorite action figure with this complete display of He-Man’s heroic transformation.

The Art of He-Man and Masters of the Universe  book comes with over 300 pages with commentary from writers Tim and Steve Seeley.

Some of the pages include exceptional images of character models…

With a cover price of $39.99, the book is now available in different bookstores and on various stores online.

It contains an interview with He-Man himself, Dolph Lundgren (yay!), Paul Dini, Erika Scheimer, and many more. Lundgren even posted it on his Facebook account:

According to Eclipse Maganize, the art book is restricted to 4,000 copies only but it’s worth collecting as it is packaged in a deluxe Castle Grayskull slipcase with an exclusive foil embossed cover and portfolio print.

Masters of the Universe History in a Nutshell

Sometimes referred to as He-Man, named after the lead character, the Masters of the Universe (MOTU) is a franchise by Mattel, an American toy manufacturing company.

With its huge line of characters, the MOTU mainly focuses on the battle between He-Man and the villain Skeletor on planet Eternia.

From 1981-1983, MOTU mini-comics were made available to the public featuring all of the original action figures.

In between these years (1982), DC Comics published a special insert that appeared in various comic books cover. Eventually, a Masters of the Universe limited series were sold separately on newsstands.

1986 was the time when Marvel Comics introduced their MOTU title under their “Star” imprint which targets younger audiences.

However, despite the success of the toy line and animated series, the MOTU movie received negative reviews from critics and only turned to be the third highest-grossing film in North America earning $4,883,168.

Other MOTU classics mini-comis were released in between 2011-2015 such as: 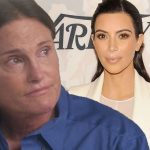 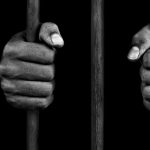