The Department of Foreign Affairs (DFA) stated on April 27, 2015 that about 88 Filipinos are about to the face the death row in foreign countries.

In a report by ABS-CBN, Charles Jose, DFA spokesperson, said that half of the convicted criminals were jailed for illegal drugs while the others are for murder. Most of them are in China and Malaysia.

According to Jose, the DFA is paying close attention and monitoring these cases. A lot the cases are now currently on reprieve or have been given appeal, and none of them are for imminent execution.

In the last five years, several Filipinos have also been executed for drug cases and murder.

In 2011, Sally Ordinario Villanueva, Ramon Credo, and Elizabeth Batain faced the death row in China after being convicted of drug trafficking. Another unnamed Filipina was also executed in China in 2013, for smuggling illegal drugs.

In 2014, Carlito Lana was the last victim of execution in Saudi Arabia, after he was found guilty of shooting a Saudi national before running over him with a car. He was beheaded in December 2014. 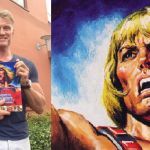 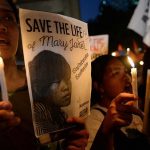