Most of the time, pranks work by leading the victim into a trap that will leave him/her on the wrong end of the practical joke.

But  a group of pranksters named Break.com wasn’t planning on doing that kind of trick. This time, instead of making the victim feel bad, their aim is to give their target a life-changing experience.

Throughout her life, Chelsea was able to do greater things for other people – from raising her sister from when she was a child, overcoming an eating disorder, to putting up her own non-profit group called Eat, Breathe, Thrive, which helps people conquer their eating disorder by doing yoga.

Long time friend Diana Roehl knows how Chelsea thinks of others before herself. So, to give her something she deserves for being an exceptional person, Diana connived with Break.com to arrange a surprise that she will NEVER forget. “I know Chelsea, when she gets all of these surprises she might faint. And she deserves every bit of it.”

To accomplish the “Prank It Forward”, the restaurant was set up with surveillance cameras and filled with undercover tippers. Chelsea was also assigned in a different shift for this special occasion.

On the day of the prank, Chelsea was given by a customer $1,000 after his meal. Surprised, she tried to share the tip with her coworkers. Her colleague Audra Walker said it is Chelsea’s nature to split the tip with everyone.

Next, two “travel agents”  who claimed they have no cash gave the waitress two tickets to Hawaii.  As told by Chris Patterson, the restaurant owner, “Believe me, Chelsea deserves a vacation.”

The surprises kept on coming, until her last customer gave her a tip she will forever be grateful for.

Watch the full video of the prank:

According to Break.com, every time the “Prank It Forward” video receives 1,000 views, they will donate $1 to social charge organization named DoSomething.org.

Prank it forwardWaitress gets awesome tips from customers 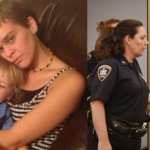 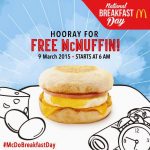