Give and take. Relationships need these two to be successful. And that’s what was pointed out in a recent video posted by a lady who serenaded her boyfriend because she believes that women should also put effort into their relationships.

A Medical Technology student from Centro Escolar University (CEU) serenaded her boyfriend in public as a way to make-up for failing to show up during their anniversary.

The Med Tech student named Jamaica Anne Cruz posted a video which shows her serenading her boyfriend, Matt Erdaje along a sidewalk in Manila. The video showed Matt being assisted while in a blindfold. A placard saying “Happy Anniversary” was then presented before he was lead to his girlfriend singing “Nothing’s Gonna Stop Us Now” by Starship.

Written in the caption of the video was an explanation why she wasn’t able to show up during their anniversary. She wasn’t able to make it because of their exams. She also mentioned that serenading him was a way to make up to him since she has never sang a song to him. She also said that her boyfriend deserved to be serenaded because he is good, loyal, God-fearing, and very respectful of her.  And unlike the “Bagito Valentine Proposal Video” which sparked negative criticisms because they were not prioritizing their studies, Jamaica mentioned in her post that they should put studies first to become a Registered Medical Technologist and Licensed Engineer in the future.

Sounds too good to be true? Watch the video here and see how Matt was swept off his feet by Jamaica Anne’s serenade.

And just like what Jamaica said, give and take is important in relationships; and to all the students out there: prioritize your studies first! 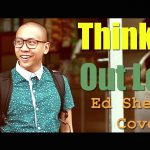 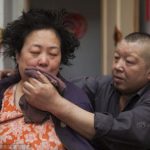