Philippines ranks ninth in the most terrorism affected country of the world according to a report by Global Terrorism Index. (The country’s ranking went up from 10th place in 2012.) Iraq is the country most impacted by terrorism; last year there were 2,492 terrorist attacks in Iraq which killed 6,362 people. Iraq was followed by Afghanistan, Pakistan, Nigeria, Syria, India, Somalia, Yemen, Philippines and Thailand (2nd to 10th respectively) on the top of the list of countries most affected by terrorism.

“Terrorism in the Philippines is intrinsically tied with nationalist and separatist claims by people living in provinces in southern Philippines (Mindanao),” the GTI said, but it also noted that “terrorism is spread across the country.” It said 438 cities suffered a terrorist attack in 2013 of which only 104 had one attack or 83 percent of the 81 provinces had at least one terrorist attack. 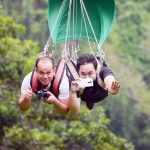 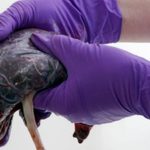