During the arrival of the slain PNP-SAF commandos at the Villamor Airbase, emotions were running high in Pasay City but President Benigno “PNoy” Aquino was nowhere to be found because he was in Sta. Rosa, Laguna to attend the inauguration of the new manufacturing plant of Mitsubishi Motors Philippines. According to Deputy Presidential Spokesperson Abigail Valte, PNoy was not really scheduled to attend the arrival honors but will grace the necrological services on Friday, January 30, at Camp Bagong Diwa.

PNoy’s absence and alibi drawn flak for being ‘insensitive’ and the hashtag #NasaanAngPangulo (Where is the president?) becoming the top trending topic on social networking site Twitter worldwide.

The hashtag #NasaanAng Pangulo is still on the top trending topic worldwide as of posting.

Below are some of netizens’ reactions: 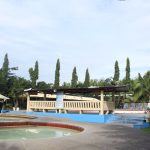 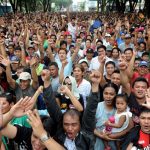