MANILA, Philippines- The Philippine National Police (PNP) will be conducting an investigation on the missing fund intended for allowance of police officers who were deployed to ensure the safety of Pope Francis during his five-day state and pastoral visit in the Philippines.

Chief Superintendent  Wilben Mayor, PNP’s spokesperson, revealed that they have received information that the police officers only got a partial amount of their supposed P2,400 allowance for January 15 to 19.

According to the information they received, the police officers only received P700, which is less than one-third of their supposed allowance. About 28,000 police were deployed during the mission.

Meanwhile, The Manila Times interviewed several police officers who took part in the mission. One police claimed that they were given P200 upon the Pope’s arrival on Thursday, January 15 and P500 on Saturday, January 17.

In a separate interview conducted by The Manila Times, a certain police officer revealed that their colleagues from the Highway Patrol Group and Engineering Service of Camp Crame received P2,400.

Moreover, several members of the Police Security and Protection Group (PSPG) protested that they had been required to pay P1000 for the issuance of Letter of Order by a superior officer. They insisted that it should be free of charge.

corruptionmissing allowance of PNP during Papal visitPNPPope Francis in the Philippines 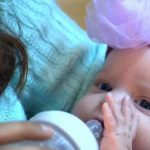 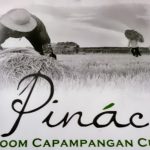