An American family found the deceased mother shark on a beach in Cape Town, South Africa, but noticed that something inside the creature was still moving. Realising there could be baby sharks inside, the gruesome but remarkable footage shows the man using a knife to perform a makeshift C-section on the animal.

Realising there could be pups inside, the man in this footage sliced open a pregnant dead shark to save her pups and lead them to the ocean. The lady filming the incident is said to have noticed movement in the dead shark that lay ashore in Cape Town, South Africa. While the clip might be on the graphic and gruesome side, the sight is remarkable as the three pups appear to be healthy and well.

According to the article from traveller24, baby sharks are born with a full set of teeth, which might explain the shark rescuer’s hesitation to handle them. Although ‘hatching’ within their mother and staying inside them for up to two years, sharks pups quickly swim away after being born to prevent being eaten by their mothers. Hence, it’s safe to say the sharks have no disadvantage because of their beach birth as they are fully independent once born. 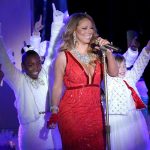 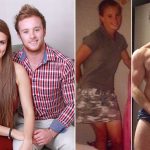