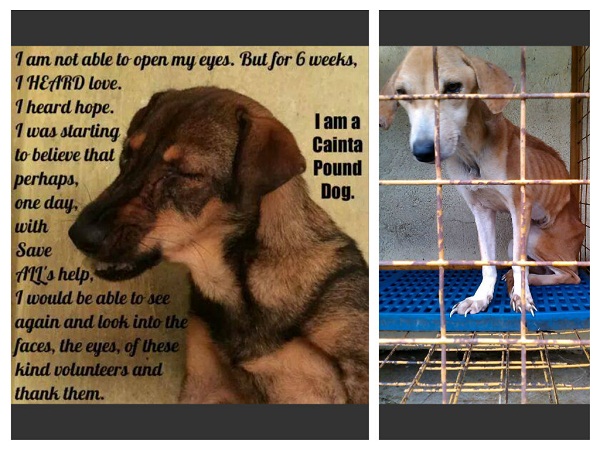 The volunteers in Save Animals of Love and Light (Save ALL) were shocked to learn that after 6 weeks of personally feeding, caring, and ensuring the welfare of the dogs in Cainta Dog Pound, they were unceremoniously banned from entering the dog pound’s premises and from seeing any of the dogs there.

No explanations were given to them, despite them trying to ask the local authorities why they are being banned from entering the dog pound. The group took to social media to voice their concerns and try to find the reason why they were banned.

Who bans VOLUNTEERS from helping anyway?

Well, at first, the group was welcomed to the dog pound. They saw a lot of things that needed improvement in the dog pound, so they voiced their concerns.

The cages are rusty and dirty. To clean these, staff hose down the poop and urine with water – something the volunteers found terrible because there were allegedly electric wires across the cages, some of which had exposed wires that might electrocute the dogs.

The food bowls were dirty – a sign that these are not cleaned daily. Also, the food bowls are the same ones used for water. According to Save ALL, the staff would place water inside the bowls even when there is still some leftover food.

There are dead dogs inside the cages that are left there, with Save ALL the ones who informed the staff to have those removed and buried.

Several of the dogs looked malnourished, despite staff saying they feed the dogs twice a day. Some of the dogs are very sick; these ones were not able to survive despite medical intervention initiated and paid for by Save ALL.

A number of the dogs also tested positive for leptospirosis and distemper – ailments that can pass one dog to another, causing an epidemic in the dog pound. Because there were dogs that were claimed by the owners or, perhaps, sold to new ones, the volunteers fear that the sickness can spread to other dogs in Cainta.

Moreover, though leptospirosis can be easily treated in dogs, it can prove deadly to humans!

So, the volunteers suggested that the dog pound place a moratorium on catching dogs so that the ones already in custody can first be treated. This is to stop the spread of disease.

Despite the volunteers being the ones who cleaned up, bathed, and fed the dogs in the kennel for those 6 weeks they were allowed inside, the Cainta government banned them.

Save All Concerns on the Ban Imposed

According to Save ALL, they now fear for the dogs who were too weak and had needed medical attention. The group had paid the vet out of their own pockets, so these dogs can be treated. Who will treat the dogs now?

Also, they had fed the dogs with nutritious food all those weeks – and have seen great improvements in their conditions. Now that they are not allowed to feed the dogs, how are these mutts going to recover?

The volunteers are also concerned about the water being given to dogs. They had previously given colloidal water to the dogs after cleaning the water containers. Now that they are banned, they think the staff will go back to keeping the food containers unwashed and just using the same container for water.

They were informed that they need to bid for the project because there are NGOs who actually had rights to the dog pound for years – they are the ones who were supposed to be handling the food and health of the dogs in the kennel. The volunteers wondered where these NGOs were because they had not seen any staff from them in all those 6 weeks Save ALL was allowed in the kennel.

Here’s the mayor’s reply on the issue, as shared by a certain Razel Ann:

As of writing, the ban is still imposed. In all these issues of tug of war between the volunteers of Save ALL and the government of Cainta, the dogs are the ones who are suffering the most.

An online petition is now being circulated, in hopes that the signatures gathered could persuade the mayor to cancel the ban as well as listen to the suggestions of the volunteers – something that is not for Save ALL’s benefit but for the dogs and the people of Cainta.

Read the full text of THE CAINTA POUND STORY by Save ALL here. 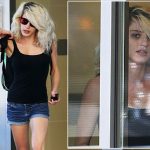 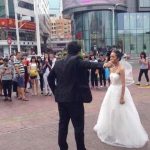