Esquire magazine editors have finally made their decision. Spanish actress Penelope Cruz, 40, is the magazine’s sexiest woman alive for 2014.

Wearing a plunging black bathing suit in the November 2014 issue of the magazine, Cruz showed she deserves the title she inherited from American actress Scarlett Johansson, last year’s sexiest woman choice of Esquire.

The Spanish beauty is married to actor Javier Bardem and has two children with him.

Cruz became a household name in 2001 when played the role of Sofia Serrano in the critically-acclaimed film Vanilla Sky. She was in a highly-publicized relationship with Hollywood A-lister Tom Cruise whom she met at the set of the said film.

In 2007, Cruz won the Academy Award for Best Supporting actress for her role in Vicky Cristina Barcelona, making her the first Spanish actress to get an Academy award for that category.

In her interview with Esquire, the Spanish bombshell admitted she had an attraction to drama when she was younger. But now, the actress claimed she’s geared towards planning.

“I had an attraction to drama. Most of us have that, especially if you are an artist—you feel like you are tempted to explore the darkness. I could not be less interested now. For me, the most attractive, charming, cool, fun, interesting thing—how could I call it? A plan.” 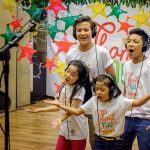 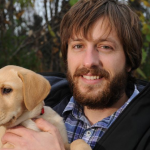