Alaska – Karen and Jay Priest were woken up by a knock on their door around 3AM, Thursday morning. Sensing something’s wrong, Jay’s thoughts were confirmed when the Alaska State Trooper told them their son, Justin, died in a traffic accident in ­Juneau when his car crashed into a tree at high speed.

The couple immediately called their relatives to announce the bad news. Their other son, Cody, collapsed upon hearing about his brother’s accident.

The family drove to Justin’s house to  break the tragic news to his girlfriend of 5 years. But they were shocked to see their ‘dead son’ open the door!

“Justin?” his dad shouted. “It’s Justin! Praise Jesus, we thought you were dead!”

Karen said, “It opens and right here is Justin. I don’t even see it but Jay is sobbing. It doesn’t compute to me. Then I see him. You want it to be true, but you go, ‘Am I hallucinating?’ Justin didn’t know what was going on.”

According to Justin, he doesn’t have any idea why his parents were yelling, “Praise Jesus! It’s a miracle!” But after a few hugs, kisses, and explanations, they sorted things out and called the police to tell them they had identified the wrong Justin Priest.

Juneau police expressed their apology to the Priest family for the mix up. It appeared that the victim and their son had the same first and last name but different birth date, middle name and age.

“This shouldn’t happen”, said Chief Bryce Johnson. He also added that the communication between the police and the troopers were ‘unclearly transmitted or misinterpreted’, and the officer took the request as a death notification.

Johnson told the reporters they take responsibility for what happened, “It was our case.”

Justin PriestParents Were Told Their Son Died In A Car Crash; They Went To His House and Saw Him Open The DoorWrong Information 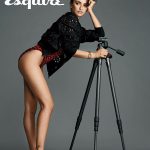 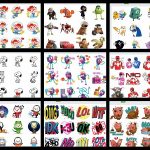