Yesterday, a video involving a confrontation between a media man and another driver went viral and drew flak from social media users. According to Dora Lulab Dorado, real name Jose Dorado, a white vehicle with plate number TSO 543  entered a one way (no left/no entry) zone while on hazard around 10AM Tuesday morning (September 16, 2014)) at UP Diliman-Tandang Sora.

The video shows a white car with huge signage MEDIA and 9News (previously known as Solar News) stops in front of Dorado’s car. The driver apparently wants to counterflow the traffic. Dorado gets out of the car, with his camera, and confronts the car driver.

The argument heats up as the media personnel insists on his getting his way.

In an interview with Newsgraph, Dorado claims there was no traffic enforcer in the area when the incident happened. He also pointed out that “If it was a fire truck, or an ambulance. I would gladly scoot my vehicle aside to make way for the emergency mobile. The media man was in no sort of emergency and had no right to counterflow”.

According to him, it’s not a life and death situation so the driver does not have any right to counterflow.

When asked what action he wanted for the management of 9News to do to their personnel, Dorado answers, “I hope he gets fired for breaking the law.” 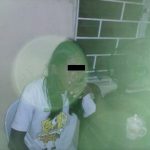 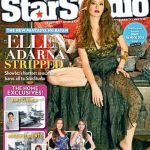