People nowadays line up in movie theaters for different movies about mistresses who fight for a man–enjoying a “perfect” wife at the same time, an alluring lover. Mainstream films have taken the limelight from heavy or rather serious stories which include guns and wrestle combats, since it does not cater to people who are willing to pay for love or comical stories.

We have not seen hot leading actors such as Dennis Trillo in intense fighting scenes on big screens, or Derek Ramsay per se who are famous for romantic roles, until they played in heart-racing roles in bloodshed scenes in this movie.  “The Janitor” has showcased these actors to portray roles to resurrect action movies into life.

Who would have thought that a matinee idol who’s all handsome can pull off dangerous stunts?  Actors in these independent films can offer outside the box themes or cinematic norms that bring out what they are capable of as artists. A trend for Filipino actors to have this “big break” to become popular, or in other cases, the other way around where popular ones want to go beyond the limit of mainstream by doing indie films. “The Janitor” offers a fresh sight to rare or nonexistent local action movies that somewhat have been long forgotten.

Trillo played a role of a temporary dismissed cop who was assigned in a sweep mission; one by one chasing suspected murderers of a bank robbery and massacre case.  For every man he kills, he slowly discovers what lies beyond how policemen investigated the case. Is he a hero or an unpaid killer? He looked up to Derek Ramsay’s role, an accomplished police for being very strong, skillful, devoted man in uniform; a defender or the opposite?

It is a story of a man trying to build his name again as he takes justice in his hands and solve the case of the said “crime of the year.”  Truth is still relative. Each character has their own mask to take off as they reveal how they are connected to his character and the case he is trying to put in justice as the  film rolls towards the end of the movie. It brings a feeling for viewers not liking to skip any scenes that are needed to solve the crime. 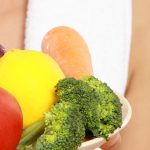 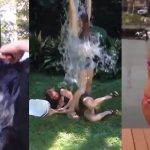