“Miss Saigon” celebrates its 25th anniversary next year. It features music by Claude-Michel Schönberg with lyrics by Richard Maltby Jr. and Alain Boublil, adapted from the original French lyrics by Boublil.

Based on Giacomo Puccini’s opera “Madame Butterfly,” the musical is set in 1970s Saigon during the Vietnam War. Kim is a bar girl who falls in love with and is abandoned by an American GI. Tanya Manalang and Julia Abueva will be alternating with Filipino-American Eva Noblezada for the lead role of Kim, the same role Lea Salonga played 25 years ago. Aside from Noblezada, Abueva and Manalang, two other Filipinos are included in the cast of “Miss Saigon.” Actor Jon Jon Briones and singer Rachel Ann Go will play The Engineer and Gigi, respectively, two roles pivotal to Kim’s development.

Also check this rehearsal video with the fight choreographer for “Miss Saigon”: 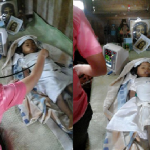 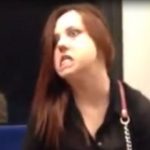