Yesterday, we posted about the 3-year-old girl who woke up at her own funeral in Aurora, Zamboanga del Sur. The news went viral and everyone believed the event was  a miracle.

In the video, the grandfather took Diane, the little girl, out of the coffin and hurried out of the church. The family returned Diane to a local hospital where she was first  admitted. She was checked up again and they confirmed that the child is clinically dead. No vital signs were detected.

However, the parents still insisted that their daughter is still alive. They also wanted to bring her to another hospital. They took the body home wherein she was regularly being supplied with water to drink.

In an interview with the mother, Wena Romarate, she explained that her daughter had been sick for a couple of weeks and died on July 10 of bronchial pneumonia. During the mass for Diane’s last sacrament, they claimed to see the child moved.

Wena later admitted that they were advised by a local albularyo to take their  baby home because she is still alive.

Just this day, the body was examined by Dr. Mary Silyne Asor-Cabahug, the Municipal Health Officer in Aurora. Using a cardio monitor, the doctor verified that the 3-year-old girl is already dead. “The baby has no heartbeat. Flatline. The baby has no life”.

The doctors told the family to immediately bury the almost decaying body.

News reports say that the Romarates are considering to have their baby buried this week. 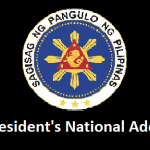 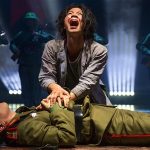