The mysterious death of a digital marketing manager of a telecommunications company, named Lindt Dale Azcueta is suspected to be suicide act based on his Instagram account post dated July 5 that stated: “Life is indeed a roller-coaster ride. Enjoy it. Thank you everyone for making my ride an awesome one. Goodbye for now. See you all in Hogwarts. #Potterhead #Geek #iPhoneForever I know you guys will miss me. (heart emoticon) Love can kill.”

The post was made hours prior to his alleged suicide.

According to Bombo Radyo report, though suicide is the likely angle linked to the ‘farewell notes’ and Azcueta’s thrilling premonition on his Instagram account, the authorities are still looking into a probable foul-play angle as well.

Azcueta is an active social media enthusiast. He used to post updates in his personal social media accounts which made his life an open book to his followers and social media friends. His posts update everyone following him on his adventures and misadventures online and offline.

Bombo Radyo’s Sunday issue printouts headlined the tragic death of the late Lindt Dale Azcueta. He allegedly fell-off Sofitel Hotel. Based on the Pasay City Police investigations, Azcueta checked in at around 3:00pm on Friday, July 4 and fell from his room (944) of the said hotel at around 7:49am on Saturday.

With the hotel room numbers’ first digits, it usually indicates the floor level where it is situated, thus falling from the said floor is terrifying and fatal. The victim’s body was found laying on the concrete flooring of the hotel near the Side Harbor Tent. The authorities are still conducting further investigations to find out if there’s a foul play involved in the case or the victim willingly committed suicide.

After the news broke out, condolences were sent out to Azcueta’s loved ones especially to his partner, Jake Galvez, a known professional make-up artist and host of iTunes Podcast show titled ‘Becky Nights’.

Becky Nights is a talk show for the beckies and beckies at heart, which includes Matt Gozun (Fashion Stylist), Buern Rodriguez (Hair Expert) with THE Divine Lee (Becky Queen), and Jake Galvez (Beauty Artist). They are all Manila-based fashion and beauty stylists and have stimulating conversations on love, sex, boys, relationships, shopping, notches, beauty, fashion, and anything under the sun. The show also features insightful interviews with today’s hottest celebs and industry experts.

Galvez on the other hand, continues to post Azcueta’s photos on Instagram with heartfelt messages since July 6, Sunday, a day after the death of Azcueta. 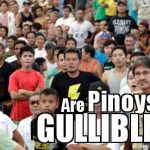 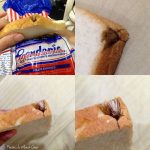