Researchers from Michigan have conducted one of the first studies of its kind to find out the happiness of the married population, formerly married, and single people. It is also to know how much love and marriage played into their overall well-being.

The study was published in the Journal of Positive Psychology. It examined the relationship histories of 7,532 participants from ages 18 to 60 to determine who reported being the happiest at the end of their lives.

The results? Marriage isn’t a guaranteed key to happiness.

“People often think that they need to be married to be happy, so we asked the questions, ‘Do people need to be in a relationship to be happy? Does living single your whole life translate to unhappiness? What about if you were married at some point but it didn’t work out?,'” said William Chopik, Michigan State University assistant professor of psychology and co-author of the paper.

“Turns out, staking your happiness on being married isn’t a sure bet.”

Out of the participants, 79 percent were married throughout their life and spent the majority of it in one marriage; 8 percent were consistently single or spent most of their lives unmarried, 13 percent had an inconsistent relationship history which varied from being single, in a relationship, divorced, remarried, or widowed.

The participants were then asked to rate their overall happiness when they were older adults and compared it to the responses of the others in the category they belong in.

“We were surprised to find that lifelong singles and those who had varied relationship histories didn’t differ in how happy they were,” said Mariah Purol, MSU psychology masters’ student and co-author of the study.

“This suggests that those who have ‘loved and lost’ are just as happy towards the end of life than those who ‘never loved at all.'”

The researchers then found out that though married people did turn out to be slightly happier than those who are single, the difference was not significant. The married participants gave their happiness a 4 out of 5 while those who have been single for most of their lives answered a close 3.82.

“When it comes to happiness, whether someone is in a relationship or not is rarely the whole story,” Chopik said.

“People can certainly be in unhappy relationships, and single people derive enjoyment from all sorts of other parts of their lives, like their friendships, hobbies, and work. In retrospect, if the goal is to find happiness, it seems a little silly that people put so much stock in being partnered.”

Purol added, “It seems like it may be less about the marriage and more about the mindset. If you can find happiness and fulfillment as a single person, you’ll likely hold onto that happiness — whether there’s a ring on your finger or not.” 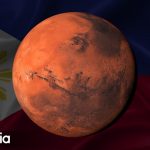 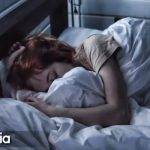