The solid Volleyball community in the Philippines is still in shock when the UAAP ’77 best setter Jia Morado announced her withdrawal on the said league. The UAAP Season 79 team captain of Ateneo De Manila University Lady Eagles decided not to use her final year of eligibility on the prestige inter-collegiate sports league.

Ateneo loses another eagle in its convocation

Still recovering, Ateneo fans are once more brokenhearted when the news of Michelle Morente leaving the team circulated online. The prolific opposite hitter is known for her all-around performance, ending UAAP Season 79 as the second Most Valuable Player.

According to several sources who chose to remain anonymous, the 22-year-old skipper had difficulties with her grades again. You can recall her not playing for Season 78 because of academic insufficiencies. And now, the same hell plagues Morente once again. She could not afford to be pulled out again for the same reason. After all, the school of the Jesuits is known for having higher standards on academic performances of their athletes compared to other universities.

From Blue to Maroon?

Adding to the fire, the sources said that Morente has not yet decided if she will wait for another year or transfer to a rival school. She is allegedly ‘in the talks’ with University of the Philippines Lady Maroons.

What do you think? Morente wearing Maroon next season, yay or nah? Let us know. 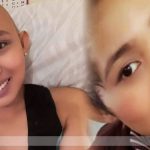 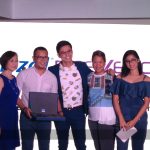