A 16-year-old from Pflugerville, Texas just set Twitter on fire recently after sharing her hilarious encounter.

Maeve Lindell, who finished her sophomore year in high school recently at Hendrickson High School just got bonus points on her Math exams after drawing an outrageous meme on it.

Having a passion for drawing since she was a young girl, Lindell told BuzzFeed News that she usually draws everything that pops into her head. “It could be influenced by an event that happened to me, or just something completely random,” she shared.

Lindell also admitted that she has a weird habit of drawing on her test papers, including those Algebra 2 exam under her instructor, Jordan Marks. “I’ve always drawn on my tests for his class and he loves them, [for my last examination] I decided to draw the meme, hopefully just to make [Marks] laugh,” talking about her latest prank on logarithms and exponential equations. She said it was her frustration at the time led to her decision of drawing a Spongebob meme.

When she got her scores, she was dumbfounded to see that her teacher not only praised the meme, but also had given her seven extra points! All for her hilarious meme!

“He handed me my test back and I was looking over it and I just immediately lost it. I was laughing so hard I was crying. I showed it to my friend and pretty soon half the class was laughing about it,” Lindell shares.

On Marks’ end, he said in an interview that he gave Lindell the bonus points because he appreciated her drawings all semester. Talking about the number of points he had given her, he said that he picked it randomly.

“Anything I can do to try to get a laugh out of the kids I try to do to break up the monotony of the classroom,” Marks talking about his strategies to make Math a little more understandable for his students.

Lindell tweeted her surreal situation and it instantly attracted the attention of netizens, reaching more than 37,000 retweets and 67,000 likes. 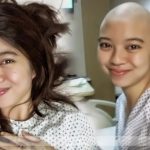 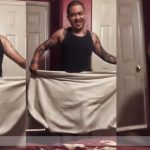