A report claiming that the Canadian government has scrapped visa requirements for Asian travellers particularly Filipino visitors traveling on tourism and business reasons for a stay up to 90 days has been denied by the the Minister of Small Business and Tourism of Canada, according to SBS.

Based on the earlier report, the new visa free travel policy for Asians would start from December 1, 2016. The 2016 Tourist Arrivals and Receipts report also revealed that Asians were 80% contributors to the tourism revenue of Canada with only 2% immigration risk.

“We expect the immigration risk to reduce and also have revenue contributed increased in the coming years. Allowing them free on visas would make it more attractive, hence increase in arrivals and receipts,” Canada’s Small Business and Tourism Minister Bardish Chagger reportedly said.

After verifying the said report from concert Canadian minister and the immigration department, SBS discovered that the report is not true.

“The story you are asking about is false and the quote attributed to the Minister is fabricated. We are asking the website in question to remove this fake article,” Ryan Kleinau, Constituency Assistant to Hon. Bardish Chagger said through an email. 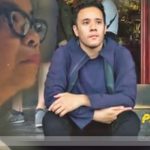 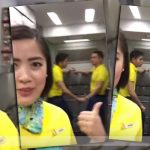