Liberal party standard-bearer Mar Roxas has vowed to correct the mistakes of the current Aquino administration.

Speaking at a media briefing for their campaign rally in Naga City, Roxas said he knows of the government’s shortcomings and the people’s complaints and he assured them that he will immediately address these in their first 100 days in office once elected.

“I know deciding whom to vote for will not be easy for you. Maybe you have chosen other candidates already. But we also know that the government has its shortcomings and that your complaints are valid. Pero tulad ng parati naming sinasabi ni Leni (Robredo): kung may kulang, pupunuan natin. Kung may mali, itatama natin,” he said.

(I know deciding whom to vote for will not be easy for you. Maybe you have chosen other candidates already. But we also know that the government has its shortcomings and that your complaints are valid. But as I and Leni (Robredo) always said; if there are inadequacies we will fill it in, if there are mistakes we will correct them.)

Roxas also vouched that the Roxas-Robredo administration will have a strong will in implementing reforms and in correcting the mistakes of the past administrations.

(We will use strong political will. No one will be spared, we will not let your grievances left unheard)

While Roxas vowed to correct the admin’s mistakes he also acknowledged its gains. He also asked the voters to rally with them in boosting the gains of this administration for the next six years.

(I’m asking all of you to join us (me and Leni). We’ve gone far, but we can still move farther if we will unite in championing a clean and honest administration.) 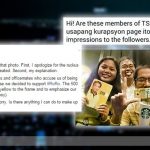 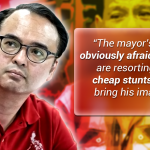