A couple from the University of Cebu (UC) in Cebu City has gotten the attention of thousands of social media users for their amazing feat: both topped the mechanical engineering (ME) board exams.

Last September 2015, Micah Arceño ranked #1 in the ME board exams. His girlfriend Marina Luchavez also ranked #1 when it was her turn to take the same exam.

Luchavez comes from a family of engineers and is the third mechanical engineer in the family. Her older brother ranked #5 in the ME board in 2006 while their youngest sibling (Luchavez is the 6th of seven siblings) is still in school, also taking up mechanical engineering.

Aside from Luchavez, UC also had two other students in the ME board exams top 10 this year: Neil Ivan Jon Buquing Domingo (2nd placer) and Jay Rald Lawas Quiachon (4th placer); both received Php100,000 from the school.

With these students bringing the school honor, the school’s President and owner Augusto Go decided to give a brand new car to one of the teachers, too. But the College of Engineering chose two professors: Engr. Rodel Naval and Engr. Ronnie Alcorcon. Instead of sharing the car, they decided to receive the vehicle’s equivalent value in cash, dividing Php500,000+ between them. 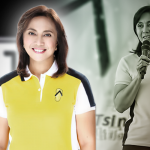 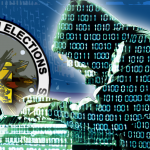