One geeky gay guy decided to pop the question with a Pokemon-themed proposal.

The moment Brett Graham started dating Max, he was certain Max was the one for him. So when the right time came, Brett crafted the perfect marriage proposal fit for huge Pokemon fans.

On Tumblr, Brett shared the story  of his geeky yet cute Pokemon-inspired proposal.

Instead of offering Max a single ring, he made his boyfriend choose among the “grass type” which had a wooden inlay,  a “water type” with a mother of pearl inlay, and “fire type” which was black with a red gem.

Like a true Pokemon master, Brett presented the “starter” rings in Pokeballs.

“At the beginning of every adventure, you need to pick a partner. I chose him. So, I figured if he said yes, he could decide what to wear on his finger,” he wrote on Tumblr.

In case you’re wondering, Max picked the fire ring. As for the other rings, Brett revealed that Max still got to keep them.

“He gets those, too. The significance of the choice is that whatever he picked as his official starter will ‘evolve’ at milestone anniversaries. I got plans,” Max added.

Cheers to a new life adventure for the pair! 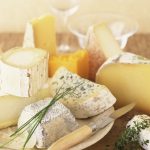 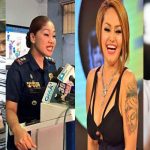