Victoria Lane, a 38-year-old mom who consumed 8 liters of Pepsi Max every day, tragically died after the prescription drugs she was taking reacted with the fizzy drink.

Apparently, Lane would drink up to four 2 two-liter bottles of Pepsi to alleviate the side effects of the prescription drugs that made her mouth dry. She also consumed up to a liter of vodka a day.

Last April, Lane was found lifeless in her home in Clayton by her only child Reese.

“I tried to wake her up but her jaw was completely locked. That’s when I started to worry. I called 999,” Reese told the inquest in Stroke-on-Tent.

Postmortem results revealed that Lane died from “excessive consumption” of caffeine from Pepsi Max and of the anti-depressant fluoxetine.

According to her family, Lane began having mental trouble after she was involved in a serious car accident when she was 16. Struggling with anxiety and paranoia, Lane resorted to drinking to deal with her troubles.

“She recovered physically from it but I noticed a change in her personality after that,” Lane’s mother Rosalind said. 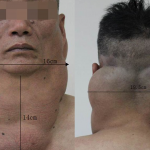 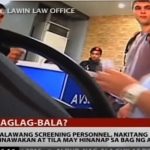