While the legalization of gay marriage in the US is a big step towards equality for LGBTs, it is undeniable that gay discrimination is still prevalent.

One mother decided to make this fact even more evident through a text message she sent Michael Neri, a 26-year-old drama teacher at the Talking Props Theatre School.

After learning that Neri was gay, the closed-minded mother thought that the former wasn’t fit to teach her children. Stating that Neri’s lifestyle didn’t fit with her Christian beliefs, the woman even had the guts to ask for a refund.

Speaking to the Metro, Neri said, “When I first saw the message, I had to read it through twice. I believe that everyone is entitled to their own opinion, but it was still a hurtful thing to receive.”

Instead of lashing out, Neri, also a renowned dance teacher, opted to be the bigger person in the situation and politely gave an epic response to the mother.

Neri shared a screenshot of their conversation on Facebook on which he received overwhelming messages of support.

According to Neri, all children are welcome in his drama school and that he would willingly accept his former students in case the mother changes her mind. He hasn’t heard from the mother since the incident. 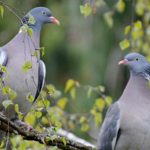 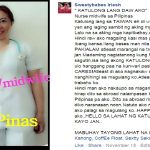