Sen. Miriam Defensor-Santiago has declared her candidacy for the 2016 presidential elections.

Running under her own People’s Reform Party, Santiago made the announcement during the autograph signing session of her book Stupid is Forever More on Tuesday, October 13, Inquirer reports.

Currently on leave from the Senate while battling Stage 4 lung cancer, Santiago said that her running mate has already announced his or her candidacy.

“If I become president some time in the very near future, this country will be much better than it was before. Today, this country suffers from the malaise of plunder. Plunder is when you look at a person and the person looks at you [and it] feel[s] like eating each other up. It’s like cancer,” Santiago said.

She added, “The one thing bad about cancer is it tends to eat up its neighbor.”

Last week, Santiago’s social media post triggered speculations that she will be vying for presidency in the 2016 polls. The fiery senator posted a quote graphic on Facebook stating: “I am not going to be coy. Society leaders have have urged me to seek the presidency. I can rise to the occasion.”

Moreover, she also posted a video of her speech during her 1992 presidential run in her Facebook account.

The Senator revealed that she will be filing a Certificate of Candidacy within the week. 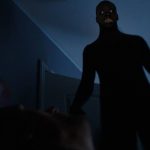 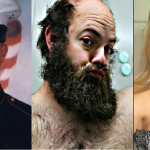