This may be one of the best surprising ceremonies in the history of unique weddings.

Bride Adele and all the guests in a local church in Roker, Sunderland were surprised when they saw an owl fly down the aisle to deliver the rings. it was all part of the groom Shaun Palmer’s plan.

According to Viral Nova, no one knew about the amazing stunt except for Palmer and his best man.

In an interview with The Huffington Post, Palmer admitted he got the idea when he saw an owl ring bearer being advertised at a wedding show a few years before their wedding. Thinking this would be a great way to surprise his soon-to-be-wife, he booked Bilbo, the owl, then told his best man, Chris, about it. “When I did phone him, I said, ‘How do you feel about an owl landing on your arm to bring our wedding rings down the aisle?’ He said something along the lines of “no chance” to which I replied, ‘Well, it’s a bit late now — I’ve booked it!'”

Bilbo even stayed after the ceremony to entertain the guests—and the newlyweds.

Their wedding took place on July 2014 but it wasn’t until December when it was uploaded on YouTube that it instantly became viral and has since been circulating around the web. Many even referred to Bilbo as Hedwig of Harry Potter because of their resemblance. 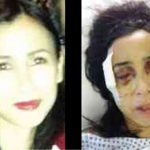 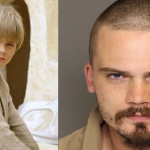